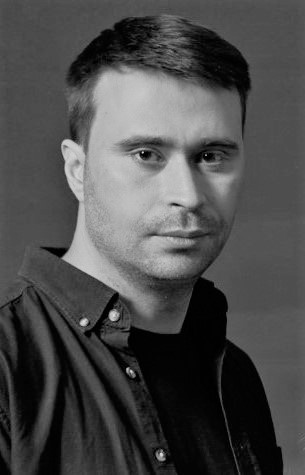 Georgi Marinov – Horhe graduated from the National Academy of Arts. Bachelor’s and Master’s degree in Graphics, in the class of Prof. Petar Chuklev and Prof. Zdravko Stoyanov. Quickly, however, his personal interest and professional experience led him to music. He became an instrumentalist and played the Australian Didgeridoo and Kaba bagpipe in the popular musical formations Oratnitsa, Tapani and Gaidi, TRIGAIDA and The Groovin Pipers. Participates in the preparation of music for the show The Farm, the World Rhythmic Gymnastics Championship 2018, Sofia, as well as in numerous television commercials and programs. As a musician he also participates in festivals both in Bulgaria and abroad, among which are Spirit of Burgas, Brussels, Balkan Trafik, POHODA festival EXIT festival. Together with the band Oratnitsa they tour Malaysia, Canada, USA, Russia and Europe.
Horhe does not stay away from graphics and as an artist he participates in many joint exhibitions, and in 2018 he made one solo.
As an artist during this period he participated in the international graphic exhibition “On the edge” in Stubel Gallery, Sofia. He also works on his graphic works, with which he takes part in the joint exhibition “Rhythm” with Ivan Shopov. As a graphic artist he works mainly in the field of letterpress and woodcut. The techniques he actively deals with are linocut and wood engraving (woodcut). Woodcut is one of the earliest graphic techniques that Horhe studied in detail. With it he performs illustrations, realizes personal inspirations and impressions in his graphic works. Some of his art projects are also experiments with intaglio and surface printing. The artist says that he draws inspiration from the theories and paradoxes of theoretical physics. 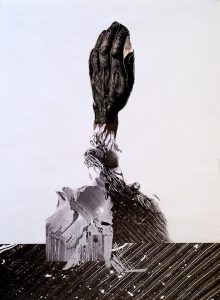 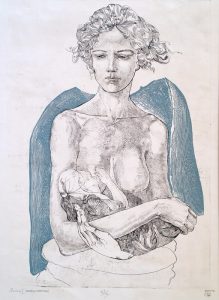 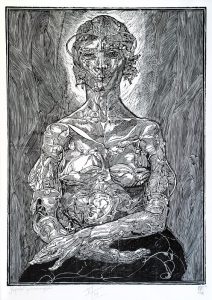 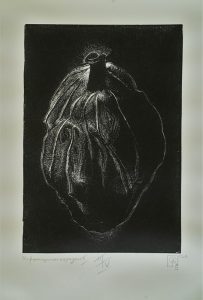